"I more than love it! It's a great, great book for kids and adults as well!"

"This book is fantastic. I defy you to read this book and not be moved by it."

"This is a wonderful story of the mutual devotion and the warm bond found between people and their pets."

Optioned by Warner Brothers for a Major Motion Picture

Nubs, an Iraqi dog of war, never had a home or a person of his own. He was the leader of a pack of dogs, living off the land and barely surviving. Then one day he met Major Brian Dennis. They forged a powerful bond of friendship and love. So began an incredible journey that would take Nubs on a dangerous desert trek to find his friend and would lead Dennis on a mission that would touch the hearts of people all over the world.

Published by Little, Brown and Company 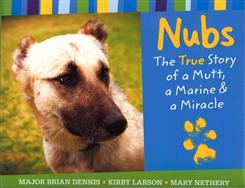 Nubs: The True Story of a Mutt, a Marine and a Miracle

"A flawless, unforgettable picture book! I suggest you deprive no on e in your life, no child or adult, of the pleasure of this book ... It is a pitch-perfect victory of story-telling."

"... a hugely inspirational account of "Nubs" (so named because his ears had been cut off by an unknown perpetrator) and his devotion to the American soldier who befriended him ... The gritty, low-res shots of the two companions against the bleak Iraqi horizon are married with text sog racefully that many of the compositions could be book jackets."

The Tonight Show with Conan O'Brien 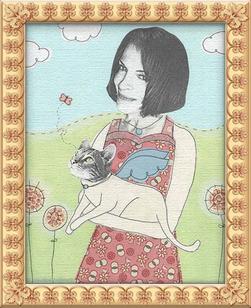